Bengbu Doublecircle Electronics Group Co., Ltd. was founded in 1966, originally named Bengbu radio six factory. In the past 50 years, enterprises have been exploring the law of development, gradually becoming stronger and bigger, and developing from a smaller collective enterprise into a modern corporation with strong influence and industry competitiveness.

In 2011,Double circle successfully invested overseas in implementing the "going out" strategy and held a holding of the German SRT company, which laid a solid foundation for the realization of the group's overall strategic goal. In 2014, Changsheng company successfully launched the National SME share transfer system (third board), taking the first step in entering the capital market.

In the past fifty years, the staff of Double circle have made unremitting efforts to realize the continuous healthy and stable development of the group. The comprehensive strength has been greatly improved, and has made outstanding contributions to the field of military and civil electronic information. 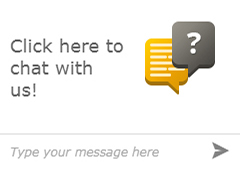